You’re ready to take your video productions up a notch and produce professional-level work. Here’s a guide to help you edit like the pros, with insights on how VEGAS POST gives you the tools you need for professional editing and post production. VEGAS POST consists of VEGAS Pro, VEGAS Effects, and VEGAS Image, three incredibly powerful programs which let you unleash your imagination and produce world-class video.

Pro editing comes down to planning and attention to detail. While every production is different, and your needs will vary from project to project, professionals follow certain basic steps, and VEGAS POST gives you the tools you need in order to follow the same steps.

TAKE YOUR STORY TO THE NEXT LEVEL

One of the most important steps in professional editing is making a good plan. Plan the story you want to tell, and also how you’re going to tell it in a consistent way.

Good, engaging videos tell stories. A story helps gets what you want to say across to the viewers in a logical, relatable way which holds their interest, with a beginning, middle, and an end. You should figure out the story before you ever shoot, put it together as a script, and refer to the script as you edit, but whether you have a script or not, now is the time to come up with a plan for how to tell the story.

Make sure you plan out how you’re going to use elements like transitions, colors, musical cues, titles and fonts; use them consistently. For example, maybe use certain kinds of color correction with certain kinds of footage, like keeping interviews in full color and then cutting to video of what the interviewee is discussing in black and white or some other stylized color. Plan your transitions so that you use them the same way throughout the video.

Most professional video productions keep shot logs during production, noting what was shot and marking shots and takes as good and usable, so work from that when you have one. Import according to what you need and how you plan to use it. Take what you need, and arrange your media into bins, which can be organized the way which works best for you: by media type, by scene, by common elements, or whatever makes sense for your production and your editing style

With storyboards and nested timelines, VEGAS Pro makes it quick and easy to organize your media into a rough cut. 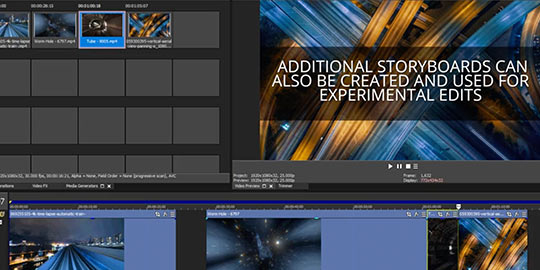 Storyboards offer a great way to pre-trim and arrange your media into the sequence you want before you work on the timeline. Take advantage of a freer workspace where you can rearrange your media as easily as photos on a desk. Preview clips or the entire sequence right from the Project Media window. When you’re ready for detailed editing, your clips are already pre-trimmed and pre-arranged on the timeline. 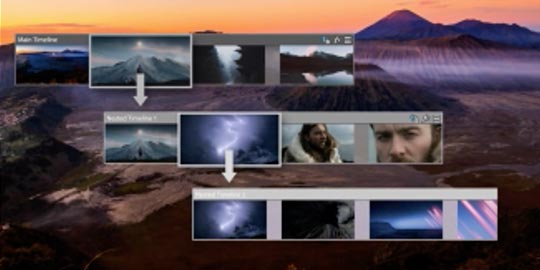 VEGAS Pro is non-linear, so you don’t have to edit your project in sequence from beginning to end. If you decide to work on scenes or sections separately, nested timelines make it simple to work on individual scenes and then bring your entire project together. A great way to keep your timeline tidy and efficient, you can place your scenes on the main timeline as single timeline clip events, but you can still go back into the scene to change things if needed.

Now it’s time for fine edits. Here’s where you get down to the details of trimming your clips to just the right timing for your scenes. Brevity is often key; get into your scene, make your point, and get out. Your audience may lose interest if a scene takes too long to get its point across.

For transitions between shots and scenes, most of the time, simple is best, with straight cuts, fades, or dissolves. 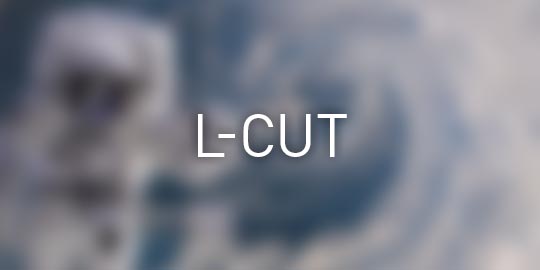 Used effectively, animated transitions like wipes or flashes can add some visual interest to your videos, but don’t overdo it. Always use them sparingly, and when you do, use them logically and consistently. Use them to emphasize important points in your video or to move between, for example, interview segments and b-roll, but avoid making them too flashy or distracting, or you may exhaust your viewers. 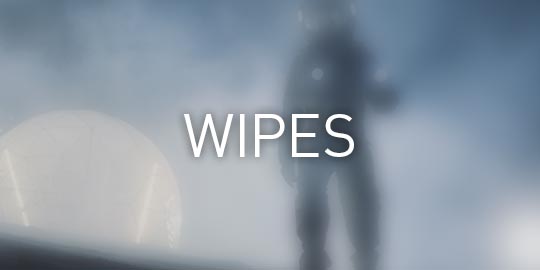 VEGAS Pro features automatic crossfades. Just overlap two events on the timeline and you instantly create a crossfade, also known as a cross-dissolve. No need to drag handles or retrim events; the ends of your timeline events remain the same and the overlap becomes a crossfade. If you want to add one of the huge selection of GPU-accelerated animated transitions, all you have to do is drag and drop it into the crossfade.

VEGAS Pro also offers GPU timeline acceleration, allowing for faster, smoother playback of AVC and HEVC video. This enables you to edit in real time even with many layers and added effects. 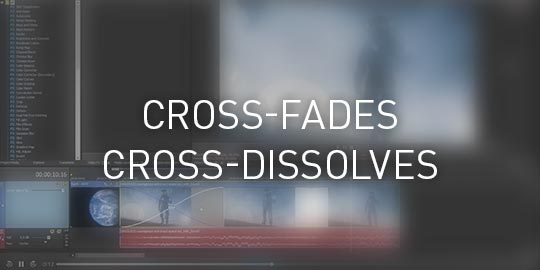 Now that you’ve cut your video down to only what you need for your final version, fix anything needing attention, like correcting color or stabilizing wobbly video.

VEGAS Pro offers a world-class Video Stabilization plugin that enables you to quickly and easily turn shaky footage you thought you couldn’t use into glass-smooth video, with dozens of settings and tools for detailed control when you need it.

Color correction is about fixing problems, but color grading is about creating a signature style, with your imagination as your guide. You use the same tools for both, and VEGAS Pro makes it easy!

The unified Color Grading panel in VEGAS Pro puts many powerful color correction tools right at your fingertips in a single window, so you can do all of your color work without having to open up multiple sets of effects and controls. It's optimized for HDR and can work in the ACES 1.1 color space -- and with accurate professional video scopes, also optimized for HDR.

For powerful, advanced color correction, VEGAS Effects and VEGAS Image give you even more tools for color correction and grading. Both include dozens of robust image filters and effects.

Use color curves to correct brightness and black levels, and use color correction tools to bring your colors into proper balance and saturation. Use video scopes while correcting. Don’t trust your eyes alone.

Next, use color grading creatively to establish moods or differentiate elements in your video. For instance, use true colors for interview segments, and then move to a colored tint or more extreme color look for re-enactments or dramatizations. Be creative, but be consistent. 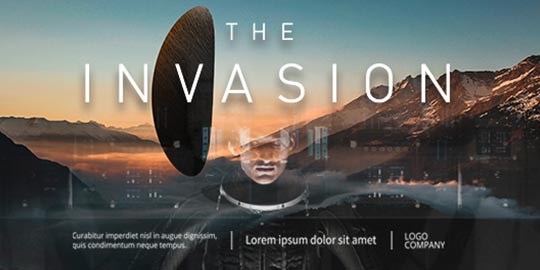 Pros leverage text and titles to elevate their videos, but don’t get too flashy or colorful; that can look amateurish. Make a logical, consistent plan for the types of fonts you’ll use and how you’ll use them throughout the video. Use preview guides like grids and text-safe areas to keep them in good, visible, consistent locations in the image, and use effects like drop shadows to make the text stand out from the background and more readable.

Pros usually add VFX like compositing or CGI elements after all the other visual work.

With amazing features like planar motion tracking, mesh warp distortion correction, optical flow slow motion, powerful, professional chromakey, and much, much more, VEGAS Pro offers a full suite of FX capability with no need ever to leave your timeline. But for astounding, advanced compositing and VFX, VEGAS Effects broadens your toolset with over 800 effects and filters, particle and muzzle flash generators, 3D model rendering, and so much more. VEGAS Image gives you more powerful compositing and chromakey tools for your project's still images. VEGAS POST is your VFX powerhouse. 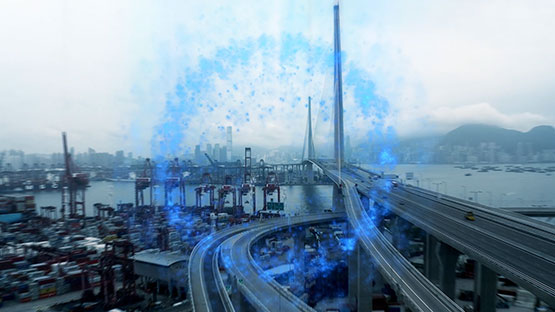 Take the power to forge your own reality. Manipulate the animation with audio clips for unlimited creative possibilities. 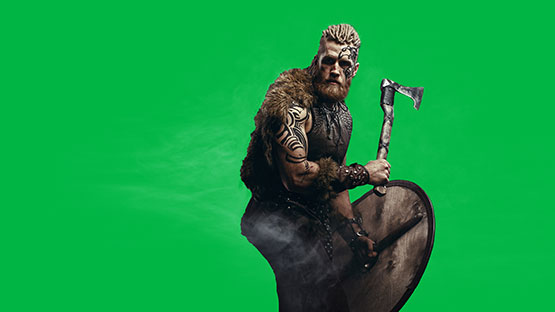 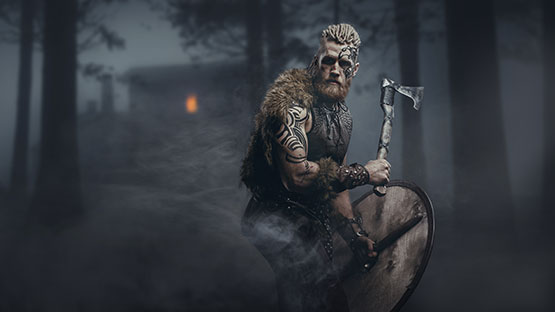 Once you’ve got all your visual work done, start perfecting audio.

Use your audio meters to get even, consistent volume. You can’t just trust your ears for this, especially if you’re editing scenes separately the normal range for dialogue is about -20 to -12 dB, and you need your meters to make sure you’re hitting that range.

Clean up any unwanted sounds, and always fade into and out of sounds to avoid digital clicks and other unwanted artifacts. Use crossfades for smooth transitions between sound clips.

While you can use audio tools like equalization (EQ) to fix problems like hiss, other audio problems like background noise or echo can’t easily be fixed. You want to be sure you record good, clean audio the first time instead of relying on “fixing it in post.”

Then add your music and sound effects, keeping their volumes consistent with a well-balanced sound field.

VEGAS Pro offers world-class, unmatched audio tools that give you a full digital audio workstation right on your main project timeline. With an audio control panel modeled after physical mixing stations and an incredible suite of audio FX, there’s no need to move to outside software or even a special “audio-only” mode. VEGAS Pro seamlessly integrates audio into the main video timeline for the fastest, most powerful audio editing anywhere.

The right format for my video

Export your video according to your needs. Web streaming, DVD or Blu-ray, broadcast, or other methods of display all have different requirements, but always export at as high a bit rate as you can.

VEGAS Pro lets you take control of your export through extremely customizable render templates which enable you to dial in exactly what you need. Whether it’s for streaming, optical disc, or even broadcast, VEGAS Pro has the tools to render to even the most exacting standards.

Take advantage of the latest render acceleration technologies such as Nvidia NVENC, AMD VCE, and Intel QSV. This hardware support unleashes the power of your computer’s hardware for extremely fast renders. 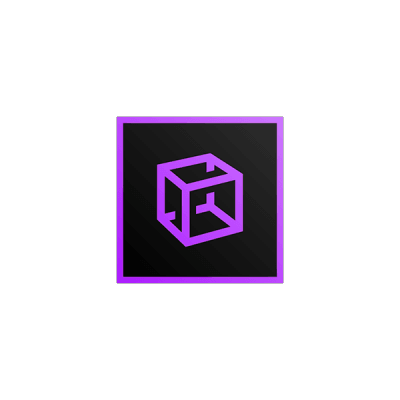 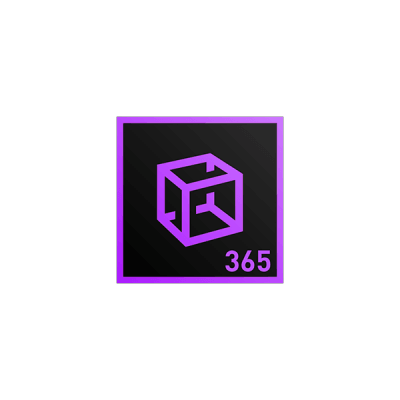